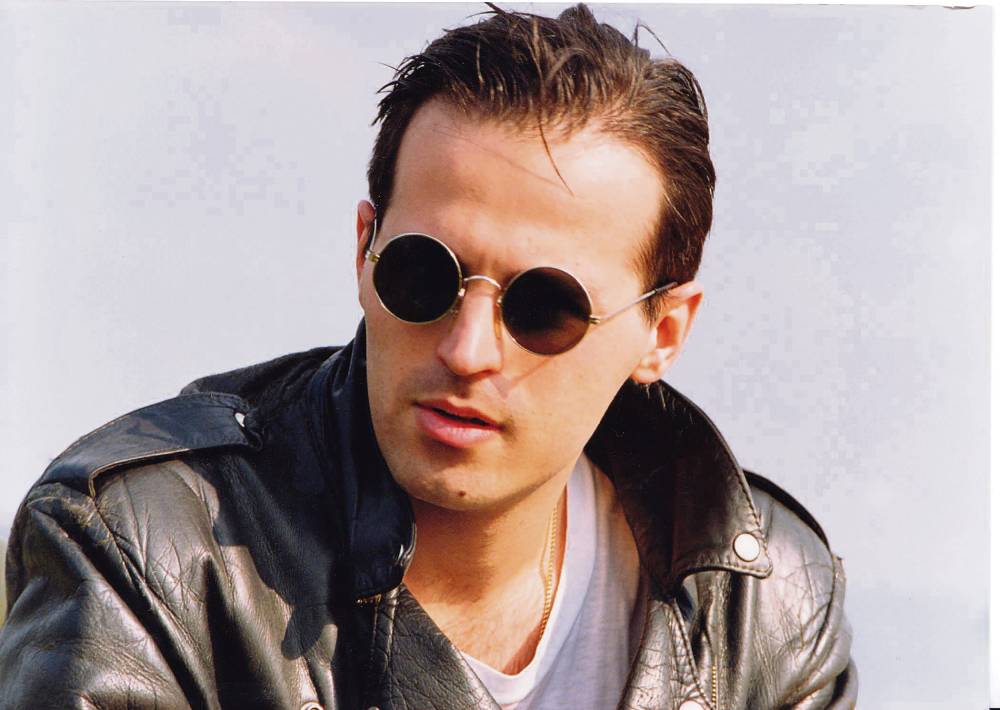 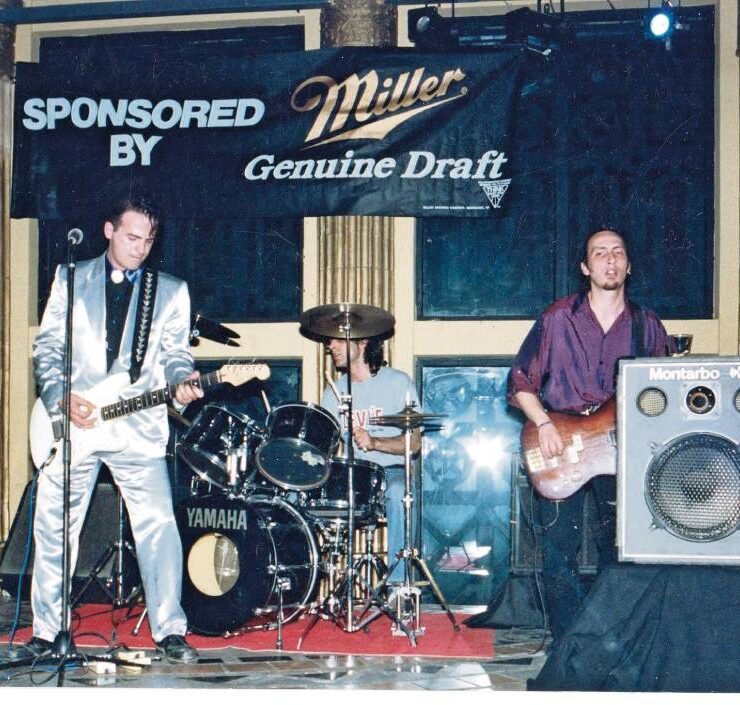 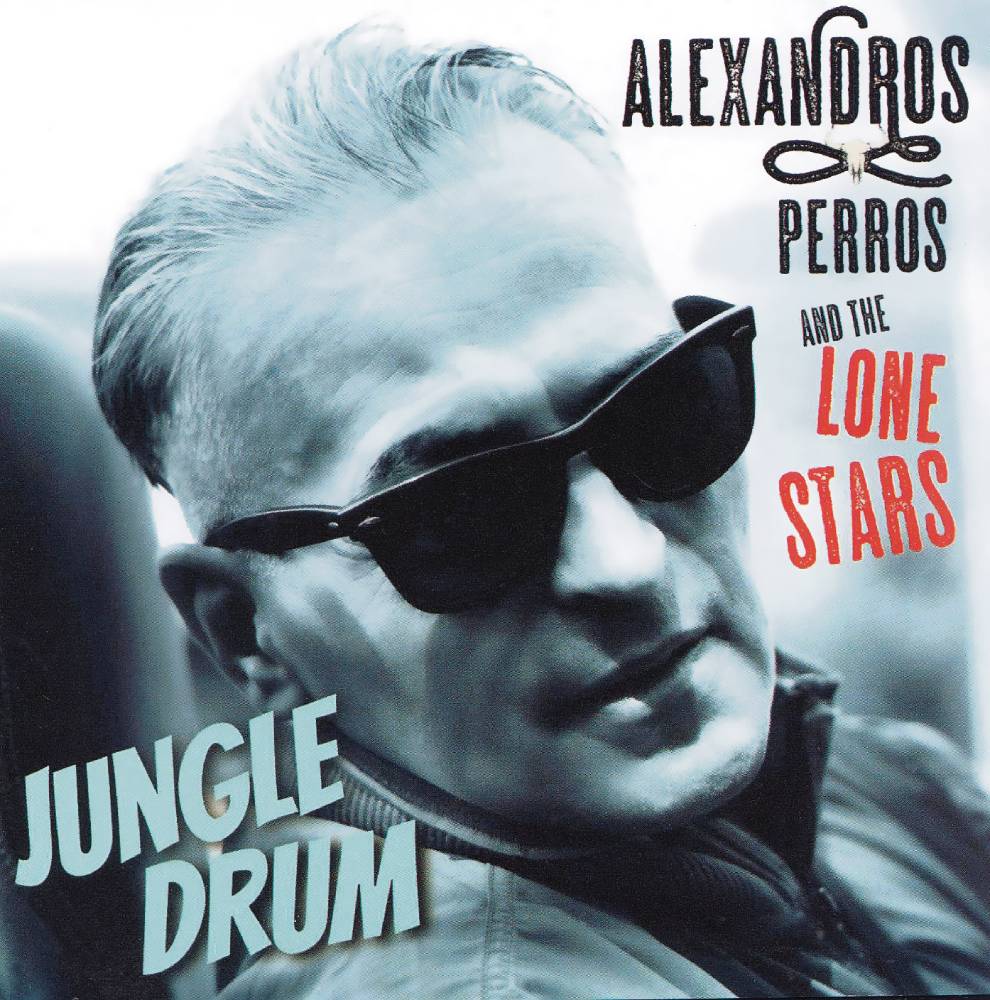 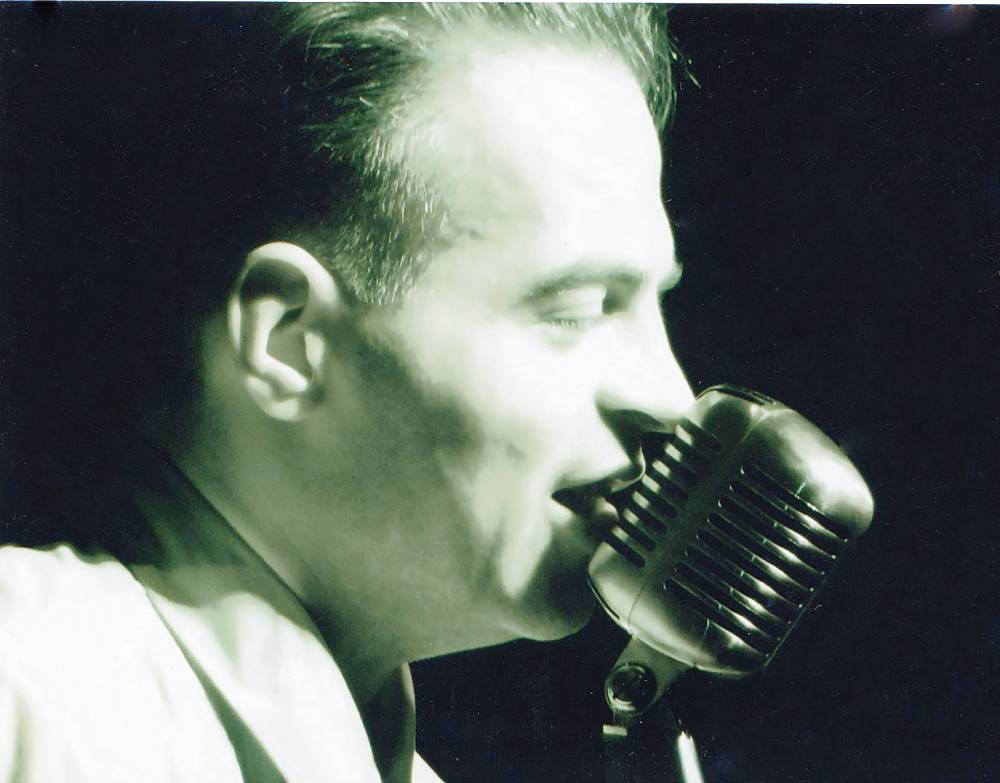 The Aristocrat of the Rock’n’roll stage!

The Porsche door opens and the last legend of Thessaloniki descends. The girls are still shouting and an unforgettable world, of authentic rock ‘n’ roll unfolds before our eyes with a nod from Alexandros Perros & the Lone Stars. The band was founded in 1987. In 1988 they signed with Polygram and appeared everywhere in Greece with Rockabilly Boogie. Alexandros Perros has been writing his life story for the last thirty-five years with the most famous Greek English-language rock ‘n’ roll band in Thessaloniki. A band that has made a career from Paris and Cannes to Skopje, Cyprus and Texas. He has starred alongside names such as Godfathers, Dr. Feelgood, Chumbawamba, Stranglers, Robert Gordon, and Chris Spedding.

And yet, the sound traveler and stage aristocrat is more trendy than ever, where nostalgia meets its most modern version, refined but authentic, successful, and behind a new cd that tells the story Thessaloniki’s nightlife and takes us back to the times of frantic parties, lives that set stages on fire and radio show that made history with unsurpassed humor. But above all, they bring back to a time of innocence with so much soul and so much honesty… an honesty that is missing from everywhere!

What is rock’n’roll for you, especially in relation to what we are experiencing today?

Above all else, Rock’n’roll is a way of life and dealing with situations that arise. It is unruly, full of energy, and keeps you eternally in your teens. As for the days we are witnessing now, I used the time to write our tenth album tranquility, without stressing over anything. The album is called Jungle Drum. The first video clip is “Love is not a crime” with the support of the One & Only Prosecco and Fantinel and the second, “The land of nowhere”.

You spent most of your life between lives, radio, and parties and as a DJ. What do you think was most important to you?

Of course the lives with the band! As a DJ I did not just play at parties. It is the profession that exposed me to many different sounds and influenced my music, while at the same time allowing me to play whatever I want.

Remember your most impressive moment.

What to remember first? I could easily say “my one day… your whole life”. I remember very characteristically somewhere in ‘94 there was an ERT 3 festival at Amazon, a club near the airport. I was wearing my silver suit and we had arranged to play last. The organizer, however, changed it and we would play second to last. So I went and bought 2 bottles of alcohol. We played very well, people were screaming and during the last piece, I set the stage on fire. The carpet immediately was in flames. And grinning I turned to the other band and said “just play now”. How could they follow that act and after that?

Tell us about the time you appeared during the main news program in Skopje?

The day I was going to perform live, they aired me on the main news program with the aim to put me in a difficult position over the Macedonia name dispute. I dodged the bullet, saying that I came to speak in the language of rock ‘n’ roll and not politics. Because music connects people. It does not divide them. And I play to connect people.

Tell us about your latest cd. How different are your influences from what we know about you?

It is not very different from the genres we serve. It’s a journey starting with rock΄n’roll, rockabilly to surf, garage to blues. We just got better by studying over the years, and our music sounds more complete.

You worked with some of the biggest names in the music business. Tell us about these collaborations.

I was most impressed by the support of Dr. Feelgood. Lee Brilleaux gave me his cufflinks and a bottle of Gordons as a gift, telling me he did not expect to find such a good band. Robert Gordon and Cris Spedding were crazy. C. Spedding had refused to play for the Rolling Stones when Mick Taylor left, telling them they were playing too slow for his tastes. First of all, it was a great honor to play with these legends. We gained experience playing with these exceptional artists.

Was there a personality that deeply influenced you?

One or two is out of generation. Of course, I was influenced. If I had to choose a name, I would say Elvis and Chuck Berry.

Archaeological sites and monuments in Mykonos

When your music was on the radio in Paris and you were giving concerts in France, was there anything decisive for your career?

We just lived in fame for 15 days! We walked and gave autographs. They stopped us on the street. Radios all over France were playing us. This somewhat affected our music.

What is your philosophy for life?

My philosophy for life is simple. Everything is gained with hard work. No one will give you anything! You have to work very hard to be able to enjoy the results of your efforts later. The messages I give are “Live intensely today, with joy and do not have regrets later for things you didn’t do. It is always better to regret things you did. Paying, of course, the price, but standing firmly”.

What are the biggest differences when it comes to life in Thessaloniki and Athens?

The differences are now few now, after Thessaloniki sold out the magical era of the ‘70s and the ‘80s. There is still money in Athens. Not here. And Thessaloniki has one glowing club, while Athens has many. I also believe that women from Thessaloniki will take care of themselves more in their everyday life.

And how will tomorrow turn out?

45 years from the death of a Diva