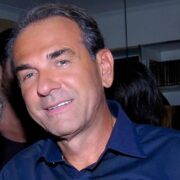 Toxic people, energy vampires (Nietzsche) and incurable narcissists armed with possessiveness, deconstruction of others, criticism and constant devaluation, deify themselves seeking to degrade everyone else. Societies, a large percentage of which constitutes of toxic people hiding behind their anonymity, seem like meeting places for strangers where the Me, You and Us never really meet.

Human relationships ought to be true, genuine, substantive and charitable, not hypocritical, false and toxic. If generousity and solidarity are a blessing, lies and narcissism undermine everything. Through many small and big lies, through narcissism and possessiveness, not only in interpersonal but also transnational relations are deconstructed and delegitimized.

The human existence is a complex, multifaceted and multi-formed entity consisting of multiple layers subject to toxicity and social classification, corruption and oxidation. Many believe that we are on the verge of an impeding metahumanism, even inhumanism, or even an overambitious superhumanism, thus peace, democracy, respect for human rights and the natural environment, and consequently human existence itself are endangered, both individually and collectively. In fact, optimists believe that in the era of Modernity, peace, development and progress will triumph, while pessimists fear that new waves of darkness, intolerance and war will flood the planet and the core of societies, while human minds and souls will become overcast and blinded by irrationality and envy. Negativity has unfortunately been acquiring power, capability and opportunities to create a catastrophic time warp, due to climate change, wars and the always impeding nuclear holocaust, or even a biological Armageddon.

A number of despotic views or perceptions, and an underlying indifference combined with arrogant rationalism and excessive egoism, lead to bottomless opportunism and shameless exploitation of individuals, communities, nations and states. Many are distancing themselves from the values of friendship, cooperation and solidarity among people and nations, politics and diplomacy of values and principles are abandoned and the constant negotiation of interests has taken control, resulting in a complete desolation of life, virtue and morality, as the Great Teachers and Great Tragic Poets taught and warned about, the culmination of which being present in Prometheus by Aeschylus.

While societies and states should have been based on respect for human rights, the protection and preservation of the environment, circular and moral economy, just and fair trade, unwritten moral laws, the observance of agreements (Pacta Sunt Servanda), sustainable development, as well as equal cooperation of people, nations and cultures, these are now considered naive romanticism.

Instead of building bridges of friendship, cooperation and solidarity, so that cosmic awareness can be born, with the coexistence of Me, You and Us, many people and governments forget or even neglect the protection and respect for cultural environment, the imprints of ancient civilizations, works of art and monuments of humanity, as well as gender equality and the sincere respect for diversity, essential elements to the integration of optimum management practices, and in addition, optimum practices of coexistence, codevelopment, coprosperity and cooperation.

Therefore, it is essential that the lives of people and their societies should be dominated by economics and politics, combined with ethics and by science/technology and art, which will be coupled with virtue. The great legacy of the Renaissance, the Enlightenment, Rationalism, the Industrial Revolution, Modernity and the ”spirit of individualism” is called to reconnect with the real fountains of life: harmony, love, peace, cooperation and solidarity. Thus, culture, politics, war, geopolitics and diplomacy are communicating vessels in every era, every historical moment as long as they are aligned with the conquest of minds and souls, as well as religion, mythology and worship, in a holistic view of life and awareness. These bonds and institutions cocreate our social, political and cultural environment and the surrounding sphere in which all sciences, scientific and technological developments, technological feats and cognitive changes move around us and within us.

Although many thinkers seek to present societies as groups of people basically aiming to establish societies where “ the Law Rules” or “the Rule of Law” dominates, in essence, things in politics, geopolitics, diplomacy and science are more complex, more fluid, perhaps even more “vague”, while the 4th Industrial ( and Scientific/Technological) Revolution is evolving and being experienced around us. Perhaps, we live in the Platonic cave or in a modern digital MATRIX, thus we need to be very careful, maybe even cautious and skeptics.

Today, we evolve in a new environment, where toxic social class behaviors are acknowledged for the harm they cause to people and societies and are indicators of an unresolved and incurable trauma, a disorder, a political or diplomatic rift, which is why peace and democracy are constantly under real threat from groups of people aiming at inhuman trade interests and personal satisfaction, quite often at the expense of others, the natural environment and the cultural achievements of humanity. Through the tools of manipulation, criticism, irresponsibility, deception, manipulation, audacity and vulgar speech, some seek to impose themselves on the lives of others, to disorganize or even destroy them. Human relationships ought to be true, genuine, substantive and charitable, not hypocritical, false and toxic. If generousity and solidarity are a blessing, lies and narcissism undermine everything. Through many small and big lies, through narcissism and possessiveness, not only in interpersonal but also transnational relations are deconstructed and delegitimized. Thus, a social or international environment is created which is subject to negativity, empathy, arrogance and irrationality. The degradation of respect leads to dramatic situations, though often unintentionally, in relationships among people, nations and cultures. And as the Dalai Lama said: “When I say that human nature is kind, it is not 100% true.” Every human being has this nature within, but there are many who act against this nature.” Indeed, human relations cannot be sustained in falsehood, backwardness and hypocrisy. They need to be based on truth, the kindness of the soul, on the inner light of us all, on the radiance of actions and deeds and not on masks, disguises and pretence.

We need honest and unmasked relationships; we need relationships of affection, not anger. Democracy, love for Mother Nature and respect for human rights can enable us to get to know better both ourselves and others. Therefore, we need to be honest, not only with ourselves but with others, as well. After all, “darkness cannot drive out darkness. Only light can do that. Hate cannot drive out hate. Only love can do that.” Besides, as Mahatma Gandhi’s teaching remind us: “We do not need to lose our faith in mankind. Mankind is like the ocean. If some drops are dirty, the ocean does not get dirty.” Let us love ourselves and one another, let us recognize our values and in the face of others a cosmic consciousness.

Needless to say that adaptability is required for each one of us, but also faith in the basic values of life, thus honest compromises and efficiency, without succumbing to the trap of a vicious circle. Let people and nations remember that “in life they treat you the way you teach others to treat you” (Wayne Dyer)

We really need authentic, healthy relationships, real, dependable alliances, which means a realm where we can be ourselves without fear, a “place” where we feel safe and comfortable, a zone of calmness (comfort zone) and coexistence in prosperity, away from narcissism, toxicity, classism, hypocrisy and indecent manipulations which can create guilt and self destruction. In contrast, with empathy, emotional intelligence and rationality, we organize synergies and support primarily authentic, genuine relationships among people, which, in turn, promote peace, cooperation, security and stability among alliances and cultures. After all, “people either inspire you or exhaust you – choose wisely” according to Hans F. Hansen.

Therefore, it is always necessary to engage in a constructive and honest dialogue, based on values and principles, because “Great minds discuss ideas, average minds discuss events, small minds discuss people”, as Eleanor Roosevelt reminds us, following the corresponding Socratic view. However, it goes without saying that giving and taking and mutual concessions are the core of a mature relationship, based on honest compromises, beyond repetitive patterns of insincerity, manipulation and hypocrisy.

In a nutshell, perhaps all the aforementioned can be summarized in the strange and enigmatic statement by the Russian President Vladimir Putin addressing the world community, after the end of his meeting with the American President Joe Biden (June 2021). When asked about matters of their mutual trust, he said that “there is no happiness in life, only a reflection on the horizon, so let us keep this.” Perhaps, in a way, quoting Leo Tolstoy who said that “there is no happiness in life, there is only its radiance” wanting, indirectly, probably, to express his pessimism and his low expectations for Interpersonal, Transnational and International Relations, as well as the hope that humanity would be able to handle the difficulties which could arise at any time due to all kinds of asymmetric “threats”, visible or invisible or even some unexpected event.