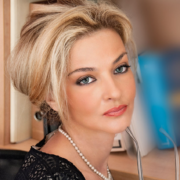 The psychology of vacation

“In all history, there is no war which was not hatched by the governments, the governments alone, independent of the interests of the people, to whom war is always pernicious even when successful,” writes Leo Tolstoy.

War is the result of a series of events that gradually lead states to choose weapons to resolve their differences, dominated by ideas that always lead to doom. Patriotism from a virtue can become the root that awakens primitive human instincts and hatred between people.

In “Peace” an Athenian Comedy by Aristophanes, he envisioned and wrote about the negotiations between the Athenians and the Spartans, which resulted in the Peace of Nicias, as the people of the two rivals hoped that the Peloponnesian War would come to an end.

This is how Aristophanes expresses the desire of man to end the war and embrace peace.

But if Peace is so sweet and fertile, why do humans fight? For Peace. Peace was imprisoned by Mars, the god of war, along with her two daughters Harvest (or Opora, in Greek) and Festival (or Giorti, in Greek). Peace and her daughters symbolize union, happiness, blooming, and friendship.

I agree with the argument that people kill each other without really knowing why. Life would be much better if instead of fighting to improve humanity, we fought to improve ourselves and release the light that lies within ourselves.

Now, during the most beautiful seasons of the year, Spring and Summer, let’s taste the sweet fruits of Peace and let us wish for the end of every hotbed of war on our planet!