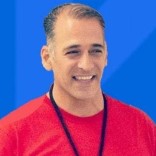 Some governments feel that Libra poses a threat to cross-border payments, monetary policy and even financial sovereignty. China certainly feels that way. Facebook’s plan to launch its own cryptocurrency has pushed the Chinese central bank to step up its efforts to release the digital yuan, as soon as November 11, to coincide with the Singles’ Day online shopping festival. Why isn’t the United States jumping into the race, to challenge all those that are trying to undermine the dollar’s reserve-currency dominance? Maybe it feels it can deter attempts to supplant the dollar’s role. Maybe by committing to this course of action the United States becomes the center of an open digital financial system. Maybe it understands full well that no matter what it does, people will choose a currency that governments can’t control.

The US dollar is the world’s reserve currency, but only a fraction of the world’s population has access to it. Outside the United States, the only way that most people can use dollars, is by physically getting a hold of dollar bills.

In inflation plagued nations like Venezuela, Turkey, Iran, and Zimbabwe, people don’t have a way to store the value of their money and their life savings are disappearing into thin air. Some have resorted to buying Bitcoin, but that has its own set of problems, primarily its volatile nature. With the advent of national digital currencies, for the first time, anyone with an internet connection will be able to dump their worthless domestic currencies for a digital dollars or yuans.

It’s coming and it’s like gravity, pulling everything in the same direction. Every global currency will be digital. China is tokenizing its currency and you can expect that every country in the world will follow them, including the United States. When the Chinese release the digital yuan, you can expect the United States to release the digital dollar. A tokenized version of the yuan will be accessible to people around the world and this will potentially drive its usage levels. No question about it, the US would have to digitize the dollar to keep the status quo and maintain the dollar’s status as the global reserve currency.

In the past, the dollar has faced plenty of competitors. In some ways the euro was created to chip away at the dollar and China has been pushing the yuan and now the digital yuan to de-dollarize the planet.

The real threat to America comes less from cryptocurrencies like Bitcoin, Libra or El Petro and more from not embracing and accelerating technological developments in the financial sector, to maintain its role as the gatekeeper for digital innovation. The question is how can the United States stay relevant in a world that is changing, in a decentralized world.

The United States should not fight the forces that challenge the dollar’s global reserve-currency status. Instead, it must incubate technologies that will enable digital currencies to power transactions and act as a global reserve.

The US dollar is still the most popular peg currency among traditional and alternative stablecoins. Even in “basket” type of situations, with multiple global currencies, the dollar holds more weight against other sovereign currencies and assets, keeping the United States in the driver’s seat.

If history can teach us anything, fostering and supporting innovation can only unleash economic development. Four decades ago, the United States supported the development of the Internet and it changed everything, leading to exponential economic growth and an explosion of new startups and jobs. Today the companies valued at billions, companies that have disrupted every industry, came from that decision: Google, Amazon, eBay, Facebook, Netflix, Uber, AirBnB, Salesforce, Twitter, Linkedin and the list goes on. We are on the brink of a new digital revolution, that has the potential to be just as significant as the Internet.

Recently on a CNBC talk show one of the panelist said: “Ultimately I believe that people are going to opt for something that is not manipulatable, is not ceasable, is not censorable, that’s not debasable. I think that over time more and more people will choose a currency that government can’t control.”

The country that is first to introduce a digital currency, that is easily stored and used, will have a first-mover advantage. China will most likely be first. Bitcoin is America’s next Internet, an open, transparent microcosm of how a new decentralized, and automated financial system could work. The United States could retain its leadership in the global financial system, by investing in research, experimentation and development of open and transparent cryptocurrency technologies like Bitcoin. Bitcoin could be America’s greatest weapon.

Prototype to Unicorn: The Rise of the Greek Startup Ecosystem